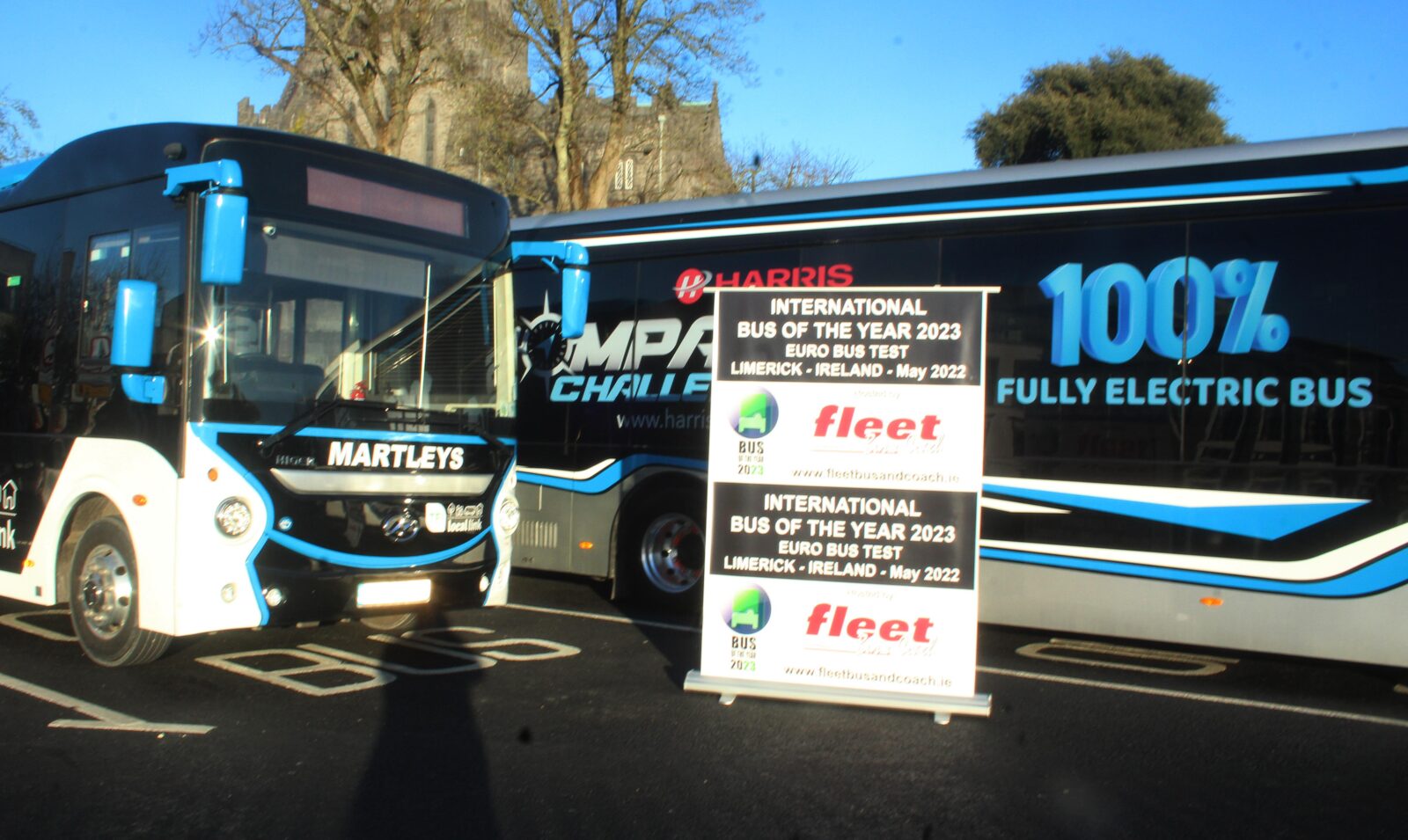 The organising team at Fleet Publications, which publishes Fleet Bus & Coach magazine is busy putting preparations in place for the four day group test event programme which will be held in Limerick from 9-12th May.

While the Bus Euro Test will once again attract and feature all the leading and emerging brands in the urban commuter vehicle manufacturing segment, but what’s unique about the 2022 event is that all of the passenger transport models on trial in the competition will be electric powered and Harris Bus & Coach will have 2 electric buses in contention. Each electric vehicle will be fully scrutinized from a number of factors such as economy, range distance, safety, comfort and ease of driving. All categories the Higer STEED and Higer AZURE excel at.

The pan-European jury, consisting of an expert panel of editors and experienced journalists from bus and coach tourism magazines will arrive into the Mid-Western capital, spending four days or more at the event base at the Castletroy Park Hotel, one of Limerick’s finest 4- star hotels. For many of the jury members, the occasion will be the first time for them to taste and appreciate real Irish hospitality.

Sean Murtagh, Editor, Fleet Bus & Coach magazine, is looking forward to welcoming his fellow jury colleagues to the ‘Treaty City’, next May. Speaking at the launch of the Bus Euro Test, officially announced by Cllr. Daniel Butler, Mayor of Limerick City & County, he said that it is a great honour for Ireland and Limerick to host the Bus Euro Test, a prestigious gathering of high-tech, zero-emission commuter vehicles, assessed by top European journalists. The occasion will certainly put Limerick on the map and the area will be broadly promoted on bus and coach publications across Europe. 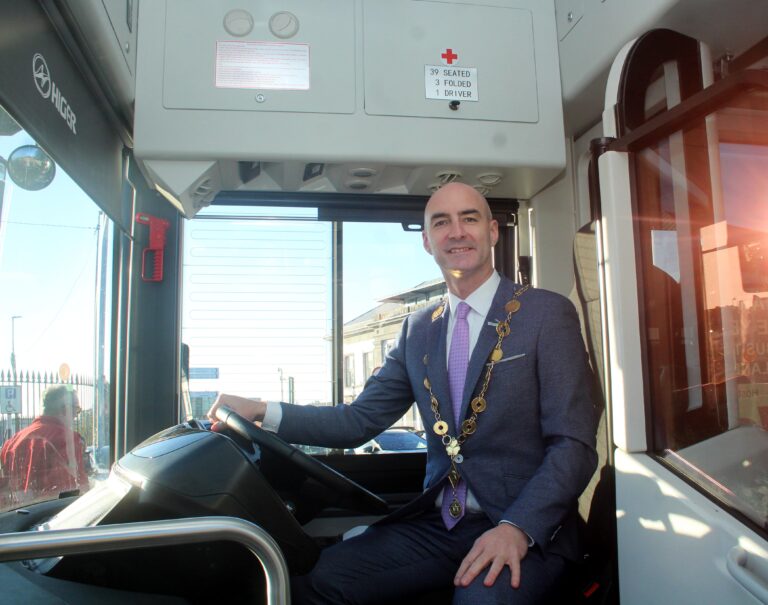 On launching the Bus Euro Test 2022, Mayor Butler said: “On behalf of Limerick City & County, I am delighted to officially launch the Bus Euro Test event which will be held here next May. Electric Buses are now coming on line in a number of areas of the country, thanks to the NTA working with bus operators to become emission-free. The selection of electric vehicles on trial are particularly suitable for city routes, and as the amount of renewable energy on the grid increases, CO2 per km decreases further, through their operation. When these electric buses are charging at night, this is when other electric demand is low, so there is a levelling effect, which is good for allowing more renewable energy onto the grid. In fact when you look at the Hydro Generation Station not far away, it is a good example of the potential for generating clean energy. Best wishes to the organisers Fleet Bus & Coach magazine and we look forward to extending a Céad míle fáilte to the 22 members of the International Bus Award jury, many of which cover coach tours and tourism in general.”

On the afternoon of the launch, Harris Bus & Coach conducted demonstration drives on the Higer 12m Azure electric bus and the Higer Steed 8m electric bus to the invited public representatives and for a number of transition year students from Limerick Educate Together Secondary School, who all said that they enjoyed the experience and zero-emission public transport is the way to go in the future. A move in this direction would highly benefit Limerick in becoming a sustainable city, backed up by the fact that emission-free electricity is generated at the nearby hydro-station at Ardnacrusha. 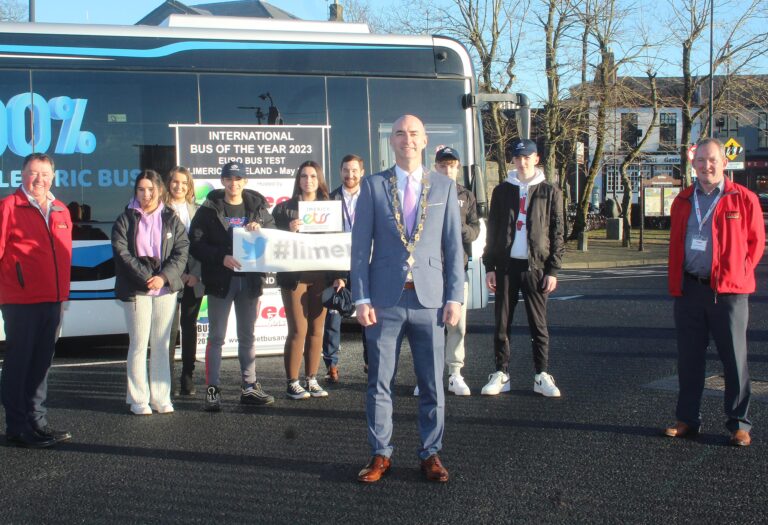 All very positives signs for our industry and Harris Groups goal of creating a cleaner, green and more sustainable future for all.