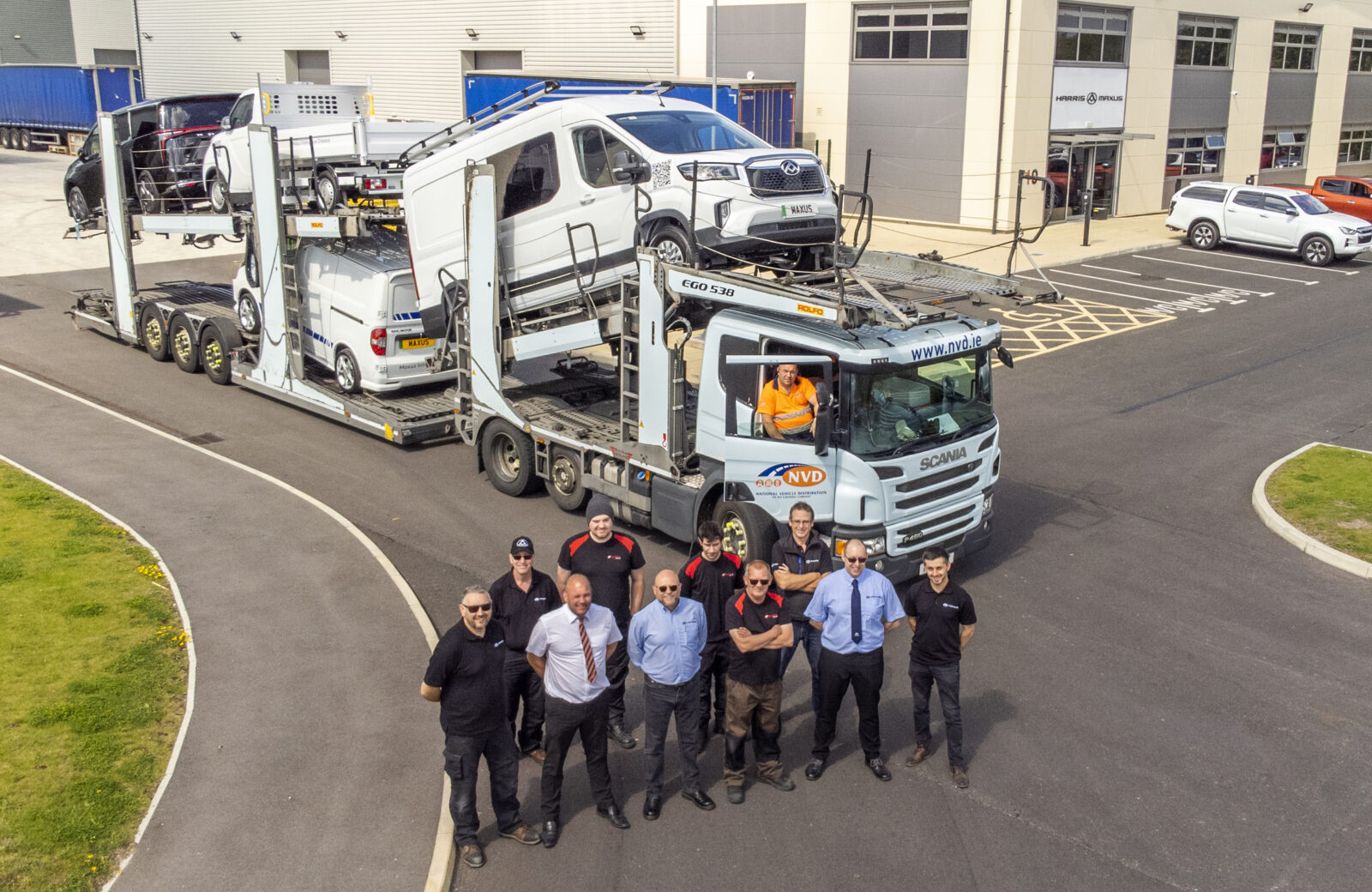 Five electric light commercial vehicles (eLCVs) have been temporarily exported to Ireland for an exhibition to showcase a leading range of eLCVs to boost EV sales, and help combat climate change, with support from overseas trade specialist, Chamber International.

To bypass the introduction of full customs controls following Brexit, Uniexpress, were advised by Chamber International to use an ATA Carnet, a duty and tax-free way to temporarily export goods, replacing the usual commercial and customs declarations and saving award-winning Harris Group almost £19,000 in import duties.

Harris MAXUS general manager, Mark Barrett, said: “We brought future variant models worked up for some UK customers to demonstrate our range of eLCVs to suit all sectors in the Irish market.

“MAXUS, which launched in the UK and Ireland in 2016, is enjoying significant success in the electric vehicle (EV) market. Between March 2021 and April 2022 more than 17,000 eLCVs were UK registered with MAXUS capturing an 11 per cent market share. The growing interest in eLCVs to help combat climate change, particularly from the grocery, delivery and pharmaceutical sectors, is phenomenal.

“We couldn’t be happier with Chamber International’s advice and support which, together with Uniexpress, has been an essential link in our supply chain.”

Sally Whiteley, branch manager at the Leeds office of Uniexpress, which has more than 100 staff at six UK offices and specialises in imports and exports exports by sea, air and road, says: “We have supported Harris MAXUS since Brexit as they now need help clearing goods to, and from, Ireland. Chamber International’s expertise in issuing an ATA Carnet is fantastic in this tough economic climate and we look forward to building a long-term relationship with the team dealing with them from now on.”

Chamber International is the only body in Yorkshire and Humberside able to issue ATA Carnets, which allow fast, easy export into more than 70 participating countries. Valid for one-year, and multiple trips, they cover commercial samples, professional equipment and goods for fairs and exhibitions

Chamber International director, Tim Bailey says: “Carnets are governed by international convention which means customs border posts in the EU are all working to the same rules. Since Brexit they’ve played a critical role by replacing the need to commercially clear goods through customs without the need to pay duty and tax. I’m pleased our Carnet specialists were able to help Harris Maxus with getting vehicles to Ireland for this exhibition.”

Chamber International, the international division of West & North Yorkshire Chamber of Commerce,  helps hundreds of new and experienced exporters throughout the UK with a wide range of specialist services to make exporting easier and more cost effective.