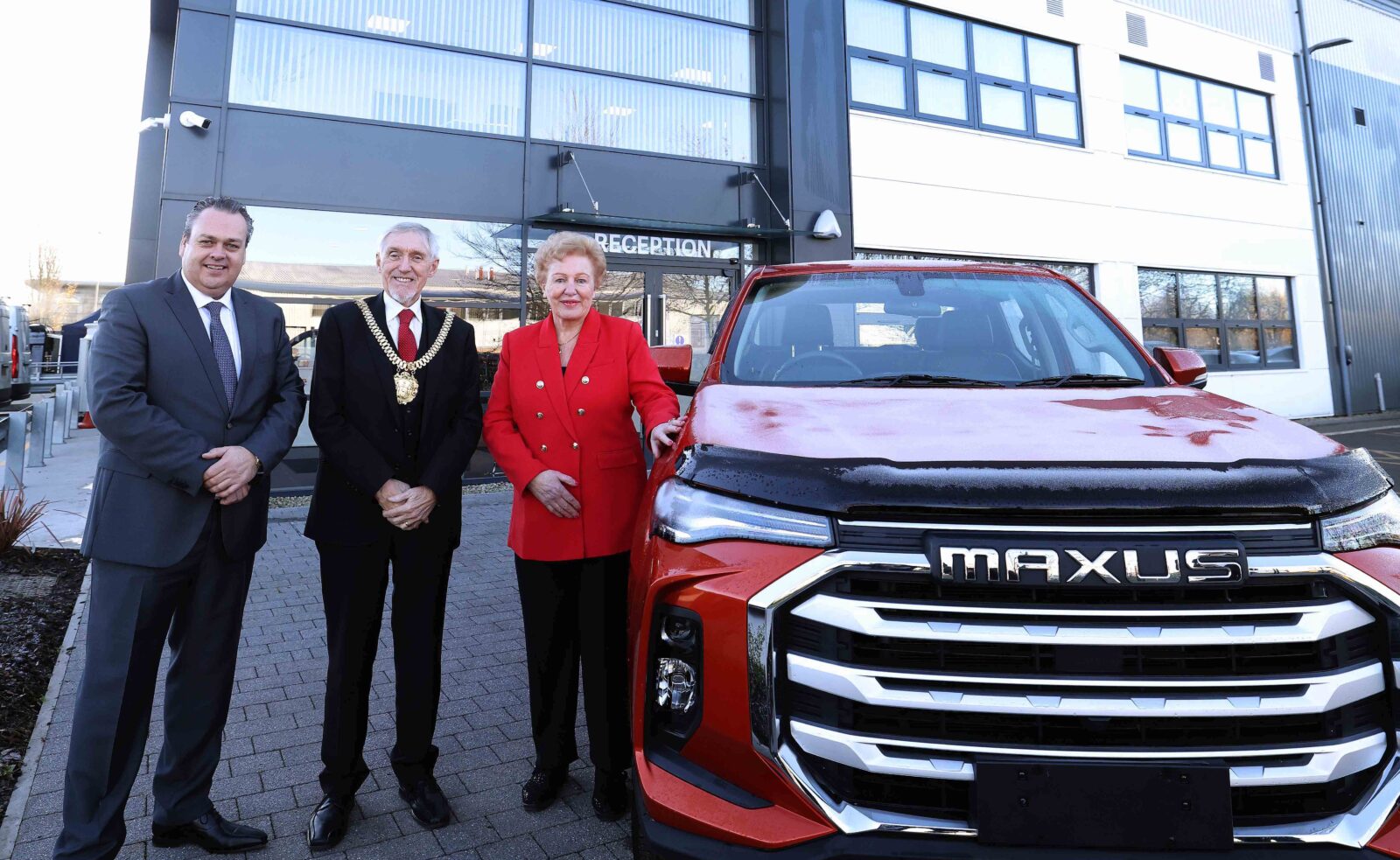 7th December 2022, Liverpool: Having outgrown its UK headquarters in Warrington, Harris MAXUS has moved to a new premises in Liverpool as the company continues to grow its presence in the UK. The new Harris HQ is quadruple the size of the previous Harris Headquarters which was only opened in 2021.

Harris MAXUS, which is one of the UK and Ireland’s leading automotive companies, officially opened the new HQ today at Gillmoss Industrial Estate with a ribbon cutting ceremony that was presided over by Liverpool’s Lord Mayor, Councillor Roy Gladden.

Parent company, Harris Group, is recognised as one of the UK and Ireland’s foremost distributors of commercial vehicles, including its flagship electric vehicle brand, MAXUS. The company holds the distribution rights for MAXUS vehicles across all right-hand drive countries in Europe and has seen significant growth in demand for its EV range of light commercial vans.

Owned By SAIC Motor Corp. Harris MAXUS is currently forecasting growth of over 200% in the UK in 2023, with sales projections across the UK and Ireland for 2022 circa 6000 units. The new 52,000 Sq ft premises will house 30 staff including Harris MAXUS’ technical, distribution and sales teams in addition to a parts depot and warehouse. A training centre for engineers taking part in MAXUS’ technical training academy will also be on site.

“At the start of 2021, Harris opened its first UK headquarters in Birchwood Park, Warrington. In less than two years, we have outgrown what was already a sizeable building, moving to a new state-of-the-art campus in Liverpool. The success of Harris MAXUS in the UK has exceeded all expectations. So far this year, we have seen MAXUS vehicle registrations grow by 52% versus 2021, with 38% of our overall sales in 2022 attributable to our zero-emission range of vehicles.

“At Harris MAXUS, we are fully focused on the future, not just in terms of expansion in the UK, but also in terms of the vehicles we put on UK roads. This year, we launched the world’s first all-electric, MPV – the MIFA 9. We also launched the UK’s first fully electric pickup truck, the T90EV. Over the next two years, we have plans to introduce four new zero-emission platform vehicles to the market. Our move to Liverpool is central to our future plans and we are committed to growing our presence in the UK, creating more employment, developing our dealership network and making a valuable economic contribution both locally and nationally.”

“Businesses are very much the bedrock of our city; not only do they contribute to the local economy by bringing growth and employment to the area, but they also bring innovation and fresh thinking. The Harris Group exemplifies all of these things, creating skilled jobs and driving the transition to greener motoring through its range of zero emission vehicles. It is with great pleasure that I welcome the team from Harris MAXUS to Liverpool and wish them every success as the business continues to grow.”

As the sole distributor for the MAXUS diesel and electric range of vehicles in right-hand drive markets in Europe, Harris MAXUS delivers a significant number of vehicles every week to an extensive network of more than 50 dealers across the UK.

Founded in 1961 by Robert ‘Pino’ Harris, the late husband of CEO, Denise Harris, The Harris Group is a leading importer and distributor of commercial vehicles with a firm focus on technological innovation and the next generation of clean vehicles driving more sustainable motoring. Denise Harris joined Cllr. Roy Gladden in unveiling a plaque to mark today’s event, dedicated to the memory and great legacy of Pino Harris.