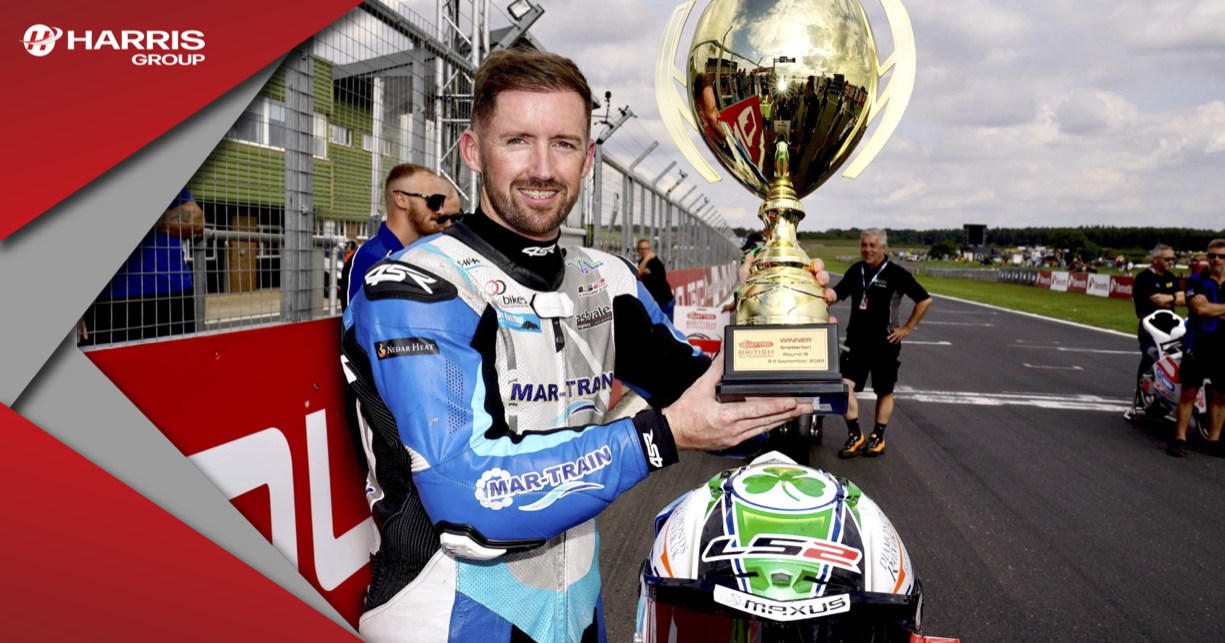 Well done to Mar-Train Racing’s Jack Kennedy and Harris Maxus sponsored athlete on becoming the most successful rider in British Superbikes history after he did the double at round 8 of the series’ championship and won his fourth Supersport Championship.

The Irish man is the first rider in the series to win the title four times after he took the win in Race 2 gaining those extra championship points to seal the deal at Snetterton. The Dubliner was made to work for his 13th win of the season on Sunday by Bradley Perie who took the race lead from the start. Kennedy soon put the pressure on and after a number of attempts, passed Perie to take to lead to the chequered flag. Jack said he had full faith and confidence in Mar-train Racing who gave him the tools to get the job done.

Jack said: “Another amazing weekend on the Mar-Train R6, we managed to qualify on pole position in mixed conditions and got the hole shot in Race 1 and 2. I had a good few battles with Bradley Perie who kept me honest in both races but we managed to bring home the win and Championship title.
“I’m absolutely delighted to give Mar-Train this Championship that we missed out in so narrowly in 2012 and to add another Championship to my record as well which sets me aside as the most successful British Supersport rider in history I am absolutely over the moon.

“All the pressure is off going into Oulton Park and I really enjoy riding the bike even more now – if that’s possible!”

Team Owner, Tim Martin said: “I am absolutely delighted with today’s result! We have won the British Supersport Championship! A fantastic weekend for the team. The boys have worked so hard in front and behind the scenes to produce a Championship winning bike and to give Jack all the tools he needed to make that happen.

“Another great battle between Jack and Perie in Sunday’s race but once again Jack showed his class and got the job done. “I want to say a huge thank you to Jack and the team – British Supersport Champions – job done!”