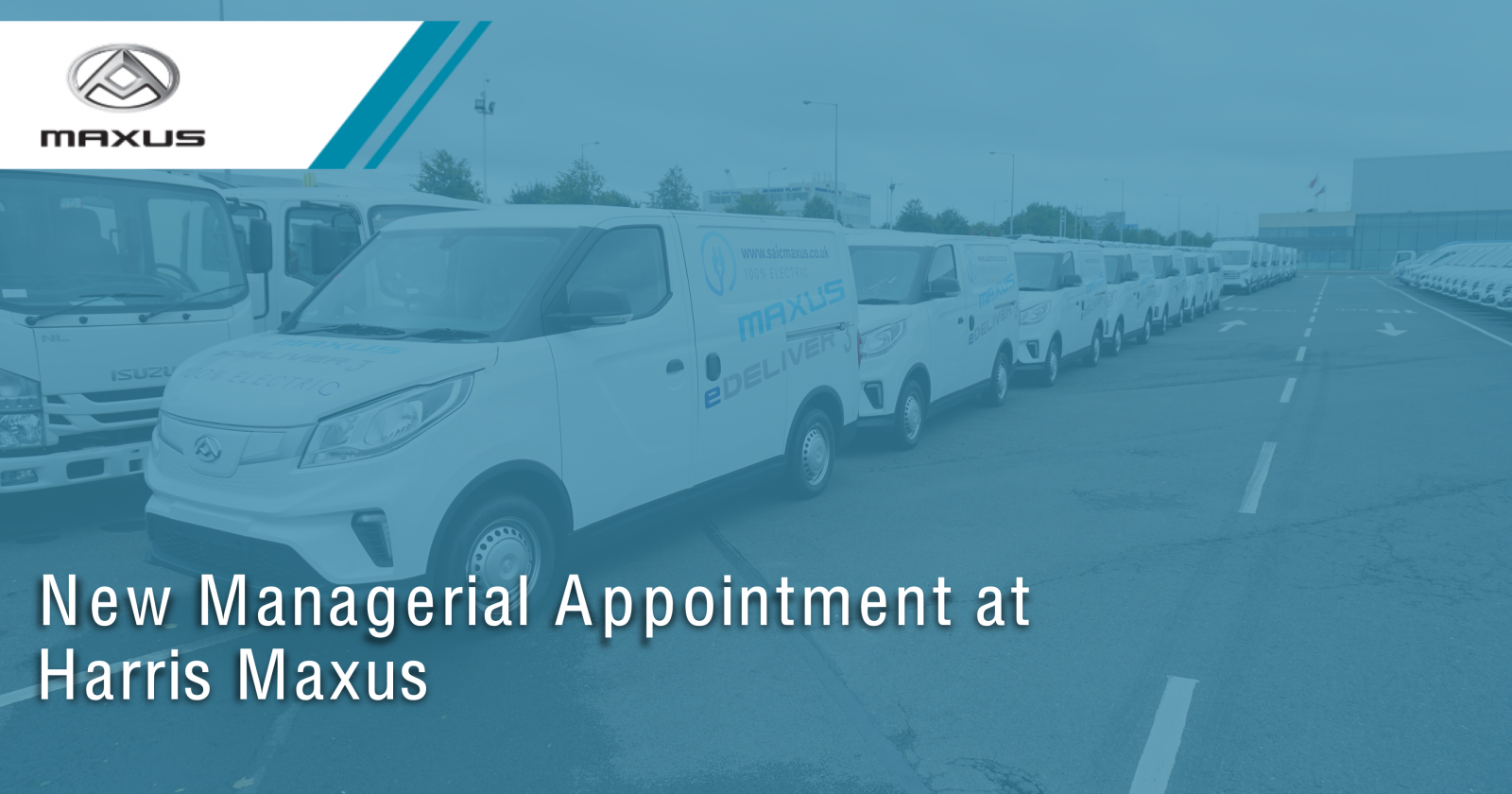 With more than six years’ industry experience and part of a fourth generation that has worked in the motor trade, Haughton has been with the Harris Group, since 2019, at which point he assumed the role of sales manager for our Harris Bus and Coach operations.

Haughton will now focus on the successful and ever evolving Maxus brand, formerly known as LDV. Mr Haughton will be responsible for driving sales by working in tandem with the Maxus dealer network in Ireland. Mr Haughton’s early career saw him begin as a junior sales representative for Finlay Motor Group in Naas where he rapidly progressed to the position of Volvo Brand Manager, a role he held for four years.

Mark Barrett, general manager for Harris Maxus in Ireland and the UK commented: “We’re very excited to have Karl involved with the Maxus brand and look forward to seeing him working alongside our talented dealer network to push the Maxus brand forward into the future. I’ve no doubt that Karl’s key skills in customer satisfaction, retention and relationship building will prove invaluable.”

Best of luck in the new position Karl!

Alex Dunne has been nominated for National Racing Driver of the Year.

Alex Dunne completed another successful season in Formula 4 having won the British F4 champion and vice-champion in the Italian F4 championship. These results prove that Alex is a serious talent and has consistently shown all the signs, both on and off track, of what it takes to make it all the way to Formula 1.

The Myths Vs. Truths of Electric Vehicles

At Harris Group, we are constantly being asked about electric vehicles and their capabilities. During these conversations, the same misconceptions present themselves over and over. That is why we have launched the Harris Group Myths vs. Truths series, to bust the most common myths associated with an electric vehicle and tell you the truth.

Following the success of the Commercial Vehicle Show in Birmingham earlier this year, Harris Group Parts Department and Commercial Auto Spares attended the CV Workshop Expo in Dublin on the 15th and 16th of October.